When two kilometers per hour is a high speed 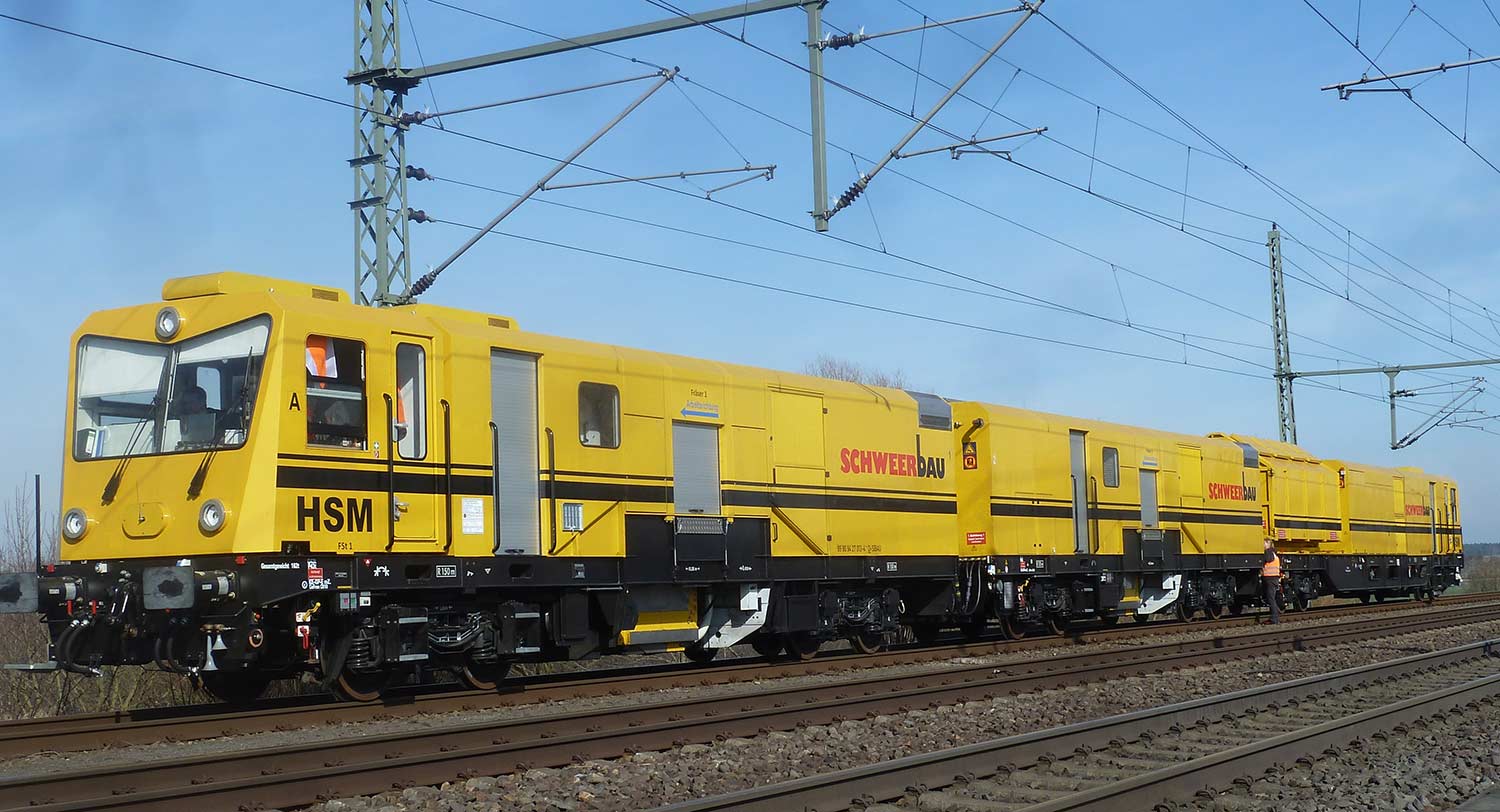 Apart from the operational business issues, maintenance of technology is of major concern in all worldwide rail and transport services. This particularly applies to rail maintenance. Due to the increasingly narrow frequency of the trains, there is a growing traffic problem which leads to rail related damages caused by rolling contact fatigue due to contact between the train’s wheels and the rails. To rectify the signs of rail-wear, one method applied is the milling technology that re-smoothens and re-profiles the surfaces of the rails.

The Schweerbau HSM mobile rail milling machine now provides a new technological support that considerably improves the operation of the rail milling machine. We implemented this solution in cooperation with Mevert Maschinenbau (of Stadthagen near Hannover). The reversible plates have to be turned almost daily, or else be replaced. That was done manually by four maintenance workers. Dismantling and retightening of the reversible plates was then automated by a robot. The robot helps us not to miss any bolts. Furthermore, the personnel can now attend to other maintenance work. Matthias Wanke of Mevert, who is responsible for project management, explains, “Thus, only two maintenance workers are required.”

The digital twin simulates the procedure

When using robots which start up at identical positions, it is customary to “teach” the robot. In this case, it would have taken months for the robot to learn at what positions it had to loosen the bolts, because the geometric descriptions of the movement ratio and the approach angle in milling units are all variable. Christoph Ebbers, applications engineer at NSI CAD/CAM Technik, reports, “With Robotmaster, we were in a position to utilize and simulate the robot work cells in three dimensions and volume-oriented for the geometric description – namely, in offline programming”. Detailed training allowed our clients to complete programming of the 720 start-up positions directly, which represented a significant reduction in costs for Mevert. www.nsi-online.de