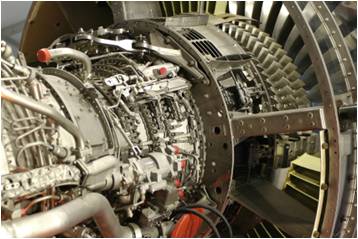 AV&R Robotics is a leader in industrial automation, offering intelligent automation solutions to optimize manufacturing processes and to control quality. The Company has developed a broad range of expertise in enabling robots to perform complex tasks that traditionally could be performed only by humans, achieving high repeatability, increased speed and enhanced precision in such machining operations as de-burring, polishing, profiling, grinding, buffing, trimming and cutting.

The Company differentiates itself by providing highly engineered solutions that integrate in depth knowledge of the machining process for optimized tool and abrasive selection and of sophisticated robot control. Thus, it delivers not only a workcell, but an integrated manufacturing process from the simplest to the most complex of machined parts.

In the aerospace industry, AVundefinedise has been applied to projects in the manufacturing and assembly of motionless engine structure parts, such as combustion chambers, as well as of turbine blades and other moving parts.

The de-burring of combustion chambers for aircraft engines is about as complex as it gets, requiring tracing detailed trajectories over more than 600 features, using 3 or 4 different tools on each. In 2006, AV&R designed the workcell and process for one such chamber. The robot was programmed manually using a teach pendant, a painstaking job for a team of 5 engineers that required about 900 man-hours to complete. AVundefinedace customers demand the utmost in repeatable high-precision machining but are also under extreme pressure to reduce new product introduction times. "We needed to shorten the path teaching cycle; there had to be a better way", says François Arrien, Director, Robotic Material Removal, at AVundefined 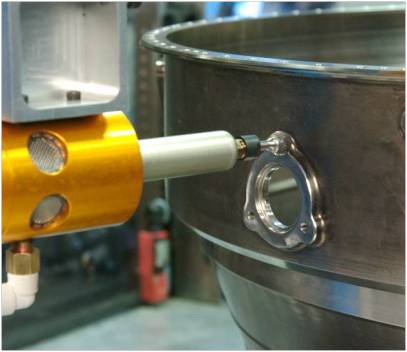 When his customer came back for a second workcell for a new product, Mr. Arrien invited Jabez Technologies to bring Robotmaster into his shop. Robotmaster is a computer-aided manufacturing (CAM) software that creates 6-axis robot program code off-line, directly from CAD design files. Not only did Robotmaster promise considerable time savings, it was also compatible with robots from most of the major manufacturers, an important consideration to support AVundefinedgy of remaining free to offer the optimal hardware solution for the application, regardless of supplier.

AVundefinedapplication of Robotmaster was a double challenge, the team needed to integrate the use of Robotmaster into their operation on the fly, and still improve development time to meet their customer's stringent timeline. Nonetheless, even on this first use, the programming was completed in half the time, and by a team of two people instead of five, compared to the previous project. "We expect to be able to halve the time again, for a total 75% saving, on future jobs, now that we've fully integrated Robotmaster into our development process." Says Mr. Arrien. AVundefineded other benefits of using Robotmaster, beyond the time-savings: 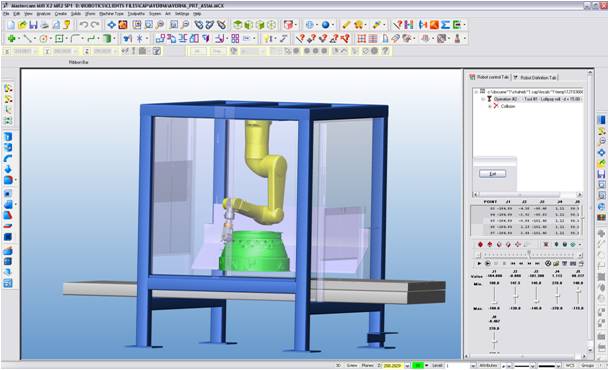 Antoine Lizotte, AVundefinedProgramming Engineer, adds: "Before, programming meant crawling around the workcell on all fours to guide and observe the robot motion. Now the trajectory is controlled exactly the way I planned it, working on the computer screen. Only the final tune-up of tool positioning for optimum finishing quality is done on the floor".

"What makes Robotmaster different from other off-line solutions is that Jabez Technologies really understands machining. They've come at it from the CNC programming world and have translated their numerical machine control experience into a robot programming tool that truly addresses the problems of complex material removal applications", concludes François Arrien.